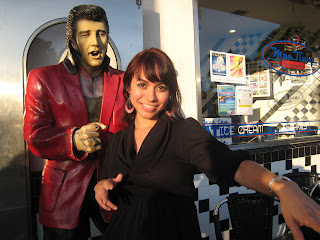 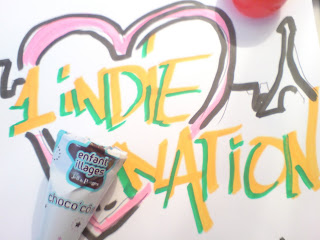 While I have seen many a blog post about the top songs of the decade and year. That sort of thing doesn't interest me - too controversial! Yeah, go ahead and call me boring but I think the music industry fell apart brutally during this last decade. Srsly. We went from buying CDs at Tower Records to Downloading Torrents for free online. ( I know you have! Don't lie to me kid! Atleast one time) Now Tower Records has shut its doors and Target or Itunes may get some of that cash.
I remember spending my last dollars on CDs, trading them in and figuring out how I would eat later. Music first, other needs aside. I do support my friends when they have an album in the stores, I will most definitely buy a copy. But that is besides the point. Maybe technology and the way the music industry handled it wasn't the best progressive thing to have happen but it did. And frankly I will say it wasn't a major music decade for me. Sure there were some diamonds in the rough, but stand out tracks from artists that were consistent throughout the years? I am drawing a blank. It might be from all this cold/fever medicine but I doubt it. Granted the first couple years of 2000 had some great tracks from Rawkus Records that carried from the 90s on the hip hop tip but after that hip hop went downhill and was pretty much buried for a long minute. Still now things are too few and in between. I was ashamed at one point to even admit I was a hip hop fan. Hopefully it will resurrect.
After I said peace to hip hop I got involved more heavily with the Dance/club House scene. Which at that time was mostly underground true house music lovers. It was fun while it lasted.
We are in a society were everything is just disposable from our one use packaging to our music. "Omg the hot track of the summer is - BOOTYBANG & there's a dance on youtube!" Then that song is garbage and you're a loser to STILL listen to that song after it's been out TOO long. WTF is that shit?! Oh yeah, pop music. I kid! I kid! ;) I do enjoy some pop music from past decades to this day but for some reason I doubt most of what was played this last 10 will be recognized in 20 years or later on down the line. Maybe I am getting old and am out of touch with what's really good. I am just disappointed at how many people think that Beyounce is one of the greatest singers of all time. She has talent but slap yourself and do some research.
Through social networking I have had a chance to get to know a vast amount of people I would not have known otherwise in the music and technology fields. I am happy to have befriended such cool people some of whom have become good friends.
My main reason for starting my whole podcast was to play music that I enjoyed listening to and other people might too. Not to play the most underground, unknown, obsure artist out there. Just play good music! Without any influence of anyone! If it is not something I don't wanna hear over and over again, it is not going on. I am still learning how to do all of this stuff it may seem like I know what I am doing by now but no. There is always room for advancement. So I would like to thank you the listeners for supporting my show whether it be from subscribing, streaming, replying to a tweet -- It is all appreciated and I am grateful! I do this for you and I hope you have a Happy New Year's! And here is to wishing for a fantastic decade of quality tunes! *kisses*


P.S.
leaving you with some St. Germain - Sure Thing.

Times are tough, and you don't have money to spend on a music app but you have dope video skills? Win the app free ;)

What you need to do:
Submit a 1indienation fan video to 1indienation at gmail dot com.
send the link to the video or ask me about services to send the whole file ie: dropbox, yousendit, mediafire.

In the video please be creative, add covers of your favorite episodes, text, lyrics etc.
Upload your video on any video platform you favor; Youtube, Vimeo, 12seconds.tv
Make sure you tag the video with 1indienation app, music, podcast and the 1indienation.com website.
The video can be anywhere from 12 seconds - 2 mins long.
By making this video you agree to let the 1indienation podcast use the video freely as promotion on the web. I might put it on a future cast if it is super kewlz! :)
I love hearing your feedback, so this is a chance for me to connect with you! I want to know why you enjoy the podcast and why I should continue making them ;)
I do this all for you, so show me a lil love!

I will pick the best three I receive for the free app. I might even do a voting system with other people involved to pick which ones are best. Good Luck and Happy Holidays!


The 1indienation podcast app is available now to purchase in the itunes store!
Please rate and leave a comment! kisses xx
http://bit.ly/1inapp
Posted by Rachael Depp at 3:26 AM